Fund 2020 is OpenOcean’s third main institutional fund, following €45M and €80M funds in 2011 and 2015 respectively. A final close of €130M is targeted for H1 2021. The fund will invest primarily at the Series A level with initial investments of €3M to €5M, across OpenOcean’s core target areas of artificial intelligence, application-driven data infrastructure, intelligent automation, and open source. The modern explosion of data has presented a significant opportunity at the infrastructure level to enable the potential of next-generation software to be realised.

OpenOcean’s team has a long and storied entrepreneurial history, with Michael “Monty” Widenius, Ralf Wahlsten, Patrik Backman, and Tom Henriksson building and investing in MySQL and MariaDB. MySQL, which is part of the LAMP stack (Linux, Apache, MySQL and Python/PHP) that helped shape today’s internet, was the first commercially successful open source project and one of the first technology unicorns from Europe.

Since it was established in 2011, OpenOcean has continued to pioneer cutting-edge technologies at the forefront of the data economy. It was one of the first VCs in Europe to invest in Big Data analytics software (Import.io, RapidMiner), identity management (TrueCaller), automation (Supermetrics, AppGyver) and DevOps (Bitrise).

To accelerate its investments in AI, data/cloud infrastructure, and new frontiers like quantum computing, OpenOcean has appointed Ekaterina Almasque as General Partner. At OpenOcean, she has already led investments in IQM (superconducting quantum machines) and Sunrise.io (multi-cloud hyper-converged infrastructure) and is leading the London team and operations for the firm.

Ekaterina Almasque, General Partner at OpenOcean, said: “The next five years will be critical for digital infrastructure, as breakthrough technologies are currently being constrained by the capabilities of the stack. Enabling this next level of infrastructure innovation is crucial to realising digitisation projects across the economy and will determine what the internet of the future looks like. We’re excited by the potential of world-leading businesses being built across Europe and are looking forward to supporting the next generation of software leaders.”

Nicholas Melhuish, Bursar at Oxford University’s Corpus Christi College, and David Bloch, Chair of its Endowment Investment Committee, commented: As part of our endowment allocation to alternative investments, Corpus Christi College is pleased to partner with OpenOcean in its pursuit of high investment returns while backing innovative, world-changing businesses in the global data economy. We were impressed with OpenOcean’s history as founders and investors, its commitment to limited partners, and the team’s record of success identifying extraordinary early-stage companies and helping them scale faster and farther. We believe OpenOcean’s focus on mass data management, application-driven data infrastructure, and platform enablers for digitalization will be rewarding in the long-term. We look forward to a mutually successful collaboration.”

Before joining OpenOcean, Almasque was a Managing Director at Samsung Catalyst Fund in Europe, where she successfully led investments in strategic and cutting-edge technologies, such as Graphcore’s processor for Artificial Intelligence, Mapillary’s layer for rapid mapping and AIMotive’s autonomous driving stack. She brings years of hands-on experience in building and scaling businesses globally, strategic thinking, and technology thought-leadership.

Tom Henriksson, General Partner at OpenOcean, said: “We’re thrilled to have welcomed Ekaterina as a General Partner to the OpenOcean family as we launched this new fund. She brings an immense amount of expertise to the team and exemplifies the way we want to support our founders. Fund 2020 is an important step for OpenOcean, with prestigious LPs trusting our approach and our knowledge, and believing in our ability to identify the very best data solutions and infrastructure technologies in Europe.”

OpenOcean is the pioneering venture capital investor in data solutions and software. It has a long entrepreneurial history, led by the founders of several category-defining businesses, including MySQL and MariaDB. Since its foundation in 2011, OpenOcean has continued to pioneer cutting-edge technologies at the forefront of the data economy. It typically leads or co-leads Series A funding rounds in European start-ups that are removing barriers to digitalisation or enabling the potential of next-generation technologies to be realised. 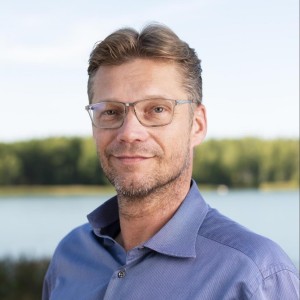